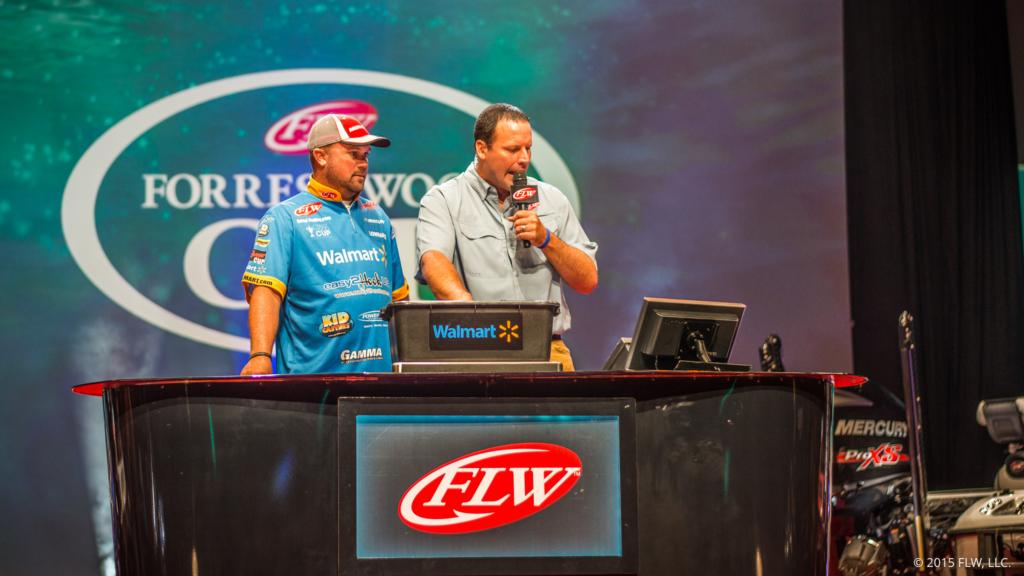 It’s a question David Dudley has asked himself many times: Why does he do so well in the Forrest Wood Cup?

To be fair, he does pretty well in all tournaments. He’s the all-time leading money winner in FLW’s history, with three Angler of the Year titles, seven victories and 40 top 10s.

His track record in the Forrest Wood Cup over the years is even more impressive. In 16 championships he has 11 top 20s and six top 10s, with one title. That means he has made the top 20 nearly 70 percent of the time and the top 10 nearly 40 percent.

So why is he so good in the Cup?

“I’ve often wondered what makes me say ‘OK, this is important’ and allows me to raise myself to the next level,” says Dudley. “Scott Martin said something in his Angler of the Year speech at the [2015] Forrest Wood Cup that made me think. He said he started fishing this year with a purpose. I think I just have a greater purpose when I fish the Cup.”

It’s a purpose fueled by motivation, drive and math.

The motivation is simple: Dudley’s mantra is “never be satisfied.” With that, he’s definitely not satisfied with having won a Cup. He badly wants to be the first to win two.

“I want another record,” says Dudley. “I was the first FLW angler to reach $1 million in winnings, then the first to make it to $2 and $3 million. I’m tied for the most Angler of the Year titles. I have to be close to the most top 10s [Andy Morgan has the most, with 26, Clark Wendlandt has 23 and David Dudley sits in third with 22]. I want to be the first to win two Cups. Not to mention the $500,000 that comes with it.”

The winnings are where the math comes into his purpose. Dudley is no math major, but he understands the Cup is not only the best opportunity to make money, but to make a lot of money.

“Plus, if I win the Cup again I’ll be the first to crack the $4 million mark,” says Dudley.

Motivation and math still don’t tell the whole story as to why Dudley is able to come out ahead consistently in the toughest tournament of the year. His drive is the third component that helps him excel.

Dudley admits his biggest tests are tournaments where everybody is catching a lot of fish. With constant bites, he says he lets his guard down and relaxes – he becomes satisfied.

In a tough tournament, though, where bites are few and far between and each one might be key – such as is often the case at the Forrest Wood Cup – Dudley is driven to focus. He makes sure every cast is accurate, that his boat is in the right position, that his equipment is prepared. The last thing he wants is to miss an opportunity, because he might only get five chances at catching a limit.

Knowing the Cup is almost always tough, Dudley also makes an exception and pre-fishes prior to the event – something he doesn’t do for any other tournament.

“With the Cup being so late in the summer, if you find some fish they’ll usually still be there in two weeks come the tournament,” says Dudley.

Does coming so close to winning the Cup again so many times take its toll on his drive? Not really, confides Dudley.

“I don’t get too upset about coming close to winning,” says Dudley. “Sometimes I just haven’t been on the fish to win, or other times I might have had some mental errors or made some mistakes. If you make mistakes you don’t deserve to win. Don’t get me wrong, I’ll still be mad at myself, but I can accept it.

“I want that second title attached to my belt. It’s my purpose, and it gets stronger every year.”