Time to Shine for Setzer 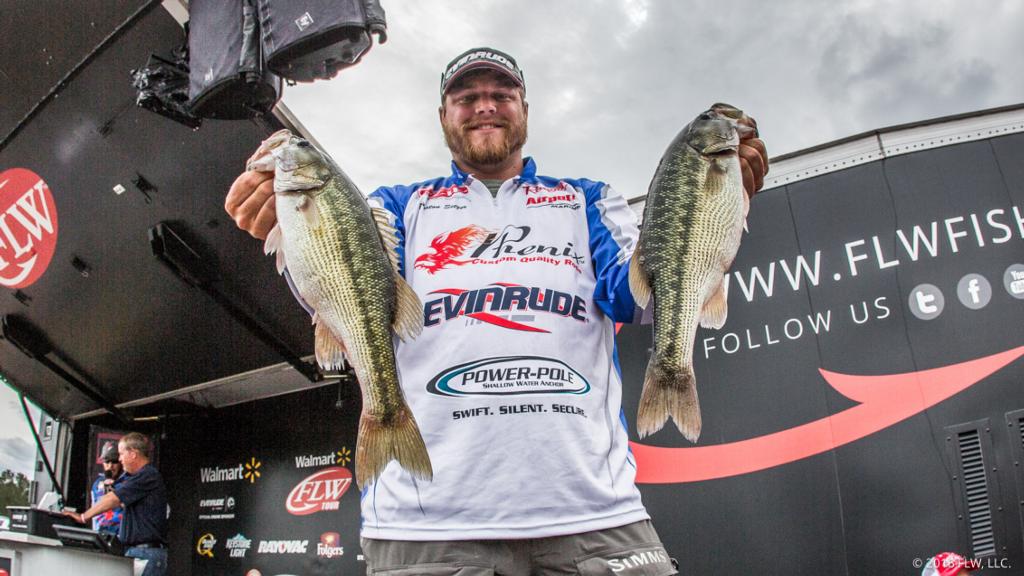 The route from co-angler to pro is a pretty well-trod path at this point. Of course, that’s with good reason. Fishing as a co-angler is one of the best ways to set up for a pro career.

With three years on Tour and a Co-angler of the Year (COY) award under his belt, Braxton Setzer believes now is his time to start casting from the front.

Starting up as a co-angler 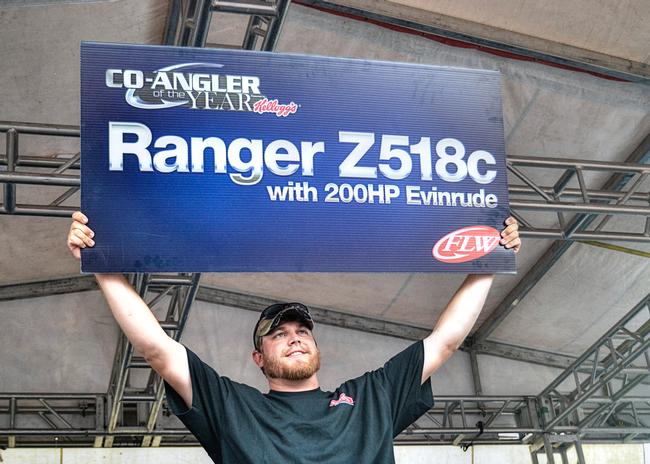 Hailing from Auburn, Ala., Setzer grew up fishing the Coosa and Tennessee rivers and has had his eye on a career in fishing for quite a while.

“I started school at the University of Alabama at Birmingham [UAB], started the bass fishing team there and fished with UAB a couple of years,” says Setzer.

Originally a biology major, Setzer eventually determined that a change was in order, and so he transferred to Auburn University and finished out with a fisheries science degree.

As it happened, Setzer’s timing to compete in FLW College Fishing was a little bit off. When he started at Auburn the vaunted fishing team was beginning its qualification process for the next season, and it simply didn’t line up for him to get in on the action.

“At the time [2013] it was the year after Clent Davis’ rookie year,” explains Setzer. “I knew he really enjoyed traveling on the Tour, and when I transferred to Auburn I was more than half-done with my degree. So I was only going to be there about a year and a half. At the time everyone on the fishing team was trying to qualify for tournaments the next year. I enjoyed fishing in college and had a chance to travel around to some different places, but I felt like the Tour offered a better learning opportunity and fit at that point.”

And so, still finishing out his final year of school, Setzer started running with Clent Davis, Cody Meyer and Jason Johnson as a co-angler on Tour. 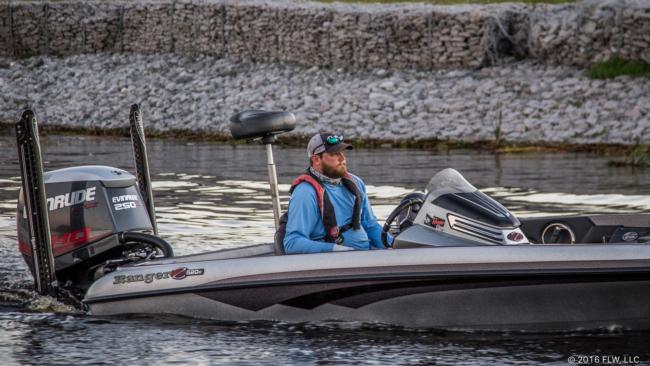 As the 2013 season of the Walmart FLW Tour got underway, Setzer pretty quickly began enjoying some degree of success, banking top-20 finishes at Lewis Smith Lake, Grand Lake and the Forrest Wood Cup on the Red River. He followed that up with a win on Pickwick and the COY title in 2014.

“It crossed my mind to make the step after I won COY, but my original plan was three years,” details Setzer. “I wanted to meet these guys, get my feet wet and see how everything works. At the end of that year I just didn’t feel quite ready. There was something inside telling me to give it one more year out of the back of the boat and learn some more.

“I talked with Cody [Meyer] when I was in the process and told him I wasn’t quite sure. He said making the move to the front was one of the most frightening things he did and that you have to be comfortable. So I held off one more year.”

Setzer’s progress continued in 2015 with a season spent fishing as a boater in the Central Division of the Costa FLW Series and another year on Tour as a co-angler, finishing 45th in the COY standings. When the season ended, he felt that 2016 was the year to give it a shot as a pro on the FLW Tour. He was finally ready.

“Right after I graduated I got hired on with Auburn to work in their fisheries department on a grant, and that ran out last summer,” he adds. “Instead of trying to find another job in the fisheries field I decided to take a step back and try to focus on fishing.”

Putting it on the line

Though Setzer has certainly proved his mettle as a co-angler, the move to the front is much more than a few steps, and the competition is fierce. Despite following the plan, the young pro still has a full plate.

“Rookie of the Year is the big goal,” declares Setzer. “That seems to be a really good stepping stone to turn fishing into a career. I’m going to put as much work as I can into accomplishing that, but I need to start at Okeechobee with five and then catch five the next day. If you meet the smaller goals the bigger ones will just start falling into place.”

Setzer might be well placed to do it. There’s a rich tradition of fisheries science or similar degrees paying off on the tournament trail, perhaps most notably in the form of the late Ken Cook, a fisheries biologist who earned a degree in zoology and eventually became Bassmaster Classic champion. After college, Setzer’s primary job was working on the Tennessee River (Guntersville and Wheeler lakes in particular) to monitor bass diet and population.

“The scientific knowledge is nice, and you learn quite a bit, but it’s still hard to find catchable fish,” details Setzer. “There are fish absolutely everywhere. Its mind-blowing how many you can find with an electrofishing boat. It helped me a lot to stay focused and positive as a co-angler because even in a bad place you’re still around fish.”

If his FLW Series experience is to be believed, Setzer should be able to find fish pretty well. Making the adjustments to stay with them and capitalize will be the hard part.

Per Setzer, the 2015 Central Division kickoff at Grand Lake was a close miss. Despite a solid 29th-place finish he left some fish on the table at the end of day two and lost two fish that might have knocked a smaller one out of his limit and pushed him into the top 10. At Kentucky Lake, Setzer reports a great practice and then the utter failure to recognize how quickly the ledge-fishing bite would take over as the fish moved out (something that most everyone not in the top 10 missed on day one). He ended up 119th.

“Dardanelle was a little different,” Setzer reveals about the division finale. “I actually felt like I was on enough fish to do pretty decent, but I just couldn’t put them in the boat. I was catching some on a swim jig and a vibrating jig, and they just weren’t eating it. I started flipping the second day, but it was a little too late.”

He ended in 110th place for a 65th-place finish in the division rankings.

This year on Tour, the schedule looks promising. Setzer was schooled in ledge fishing by three years of practice with Clent Davis. He’s happy to flip a jig and fish grass thanks to an upbringing on the Tennessee and Coosa River impoundments. And he’s familiar with every lake on the schedule except for Champlain. Most importantly, Setzer believes he has the tools to do well.

“Making the calls I need to make to keep myself in contention is going to be a big challenge,” allows Setzer. “I feel like I’m ready, but until we go fishing I don’t know.”