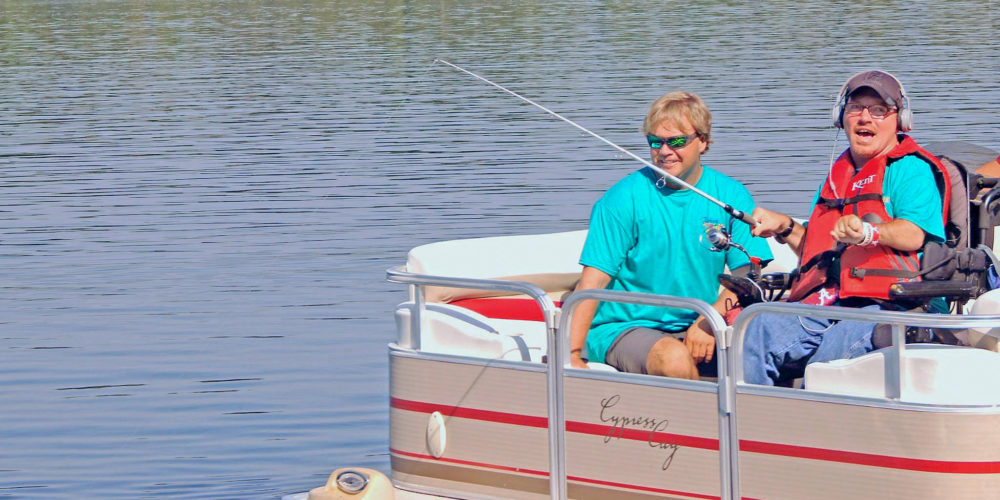 The best moment of MLF pro Timmy Horton’s year isn’t during a Bass Pro Tour event or an MLF Cup event, it’s when he’s back home in Alabama, where he puts on his Fishing for Kids tournament on Pickwick Lake.

Since 1999, Horton has welcomed kids and people with special needs to compete in the fishing tournament. Some competitors fish for bass, others for catfish, some just enjoy being able to ride in a boat, but all look forward to the annual event just like Horton does.

“It’s really a family reunion for the folks with special needs and myself,” Horton explained. “It’s the coolest thing I do all year long. I’ve fished with a guy named Jason Buckalew since we first started in the fall of 1999 – the two of us have fished together every year since. Jason has cerebral palsy and is confined to a wheelchair, but he’s just full of life. He really is an inspiration.”

Horton and the participants celebrated their 20th anniversary last year with special jerseys made for the occasion. All decked out in their familiar Timmy Horton lime green and yellow, the participants cheered on the winner, Rachel, and her boat captain Ronnie Leatherwood. Leatherwood is just one of the many boat captains who dedicate their time and effort every year to make it special for the competitors.

“We’ve had the same 40 to 60 boat captains since we started,” Horton said. “They all come back every year because it means as much to them as it means to the participants.”

Horton says a good amount of the participants live in group homes together and are around each other a lot. He says that this event is their time to establish bragging rights.

“They can all tell you what year they won, finished second or third,” Horton said with a chuckle. “They all get so competitive with each other and it’s so fun to watch. Every year when we hand out the awards, I cry every time. It really is a blessing to be able to do this.”