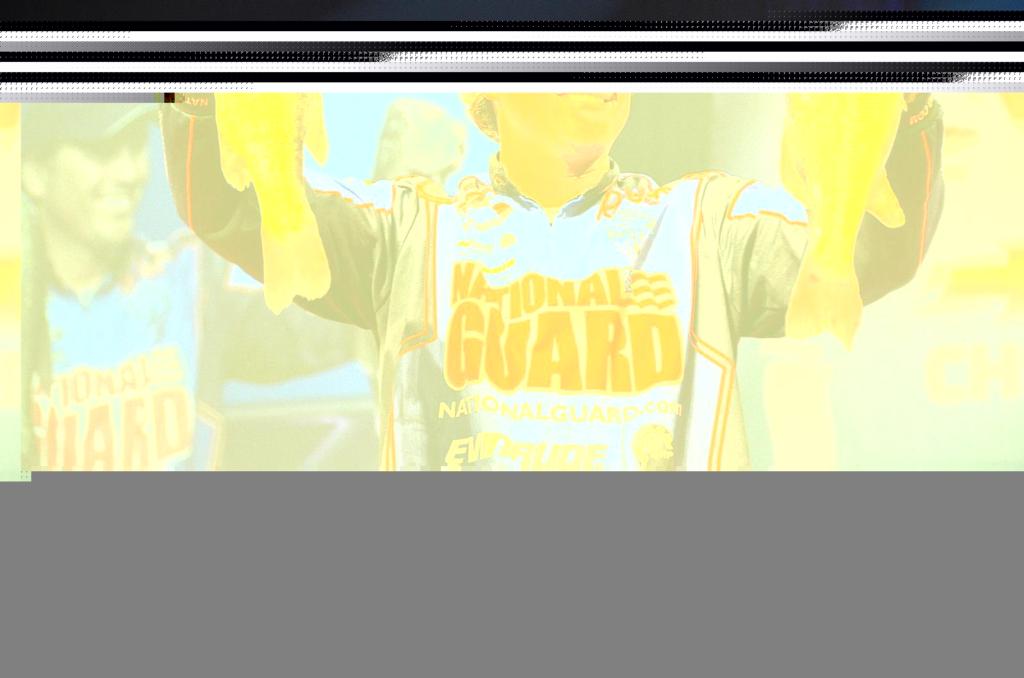 HOT SPRINGS, Ark. – National Guard pro Scott Martin of Clewiston, Fla., crossed the stage with a five-bass limit weighing 14 pounds, 5 ounces Sunday to claim the title of Forrest Wood Cup champion on Lake Ouachita. Martin, with a four-day total of 20 bass for 61-1, won by a 4-pound, 10-ounce margin over EverStart pro Randall Tharp of Gardendale, Ala., who caught five bass weighing 15-1 for a four-day total of 20 bass weighing 56-7, which was good for $100,000. Sunday’s final weigh-in marked the finale of the 2011 Forrest Wood Cup, which featured 58 of the world’s best professional bass anglers. Martin won $600,000 plus a $1,000 Power-Pole bonus.

“A four-day event of this magnitude is stressful to deal with, especially when you’re close to the top most of the days,” said Martin, who boosted his FLW Outdoors earnings to more than $1.8 million with the win. “I had to play a mind trick on myself and pretend like tomorrow was the final day and today was the cut day I was going to try to catch a big bag.

“I think the biggest factor when you win a tournament is confidence,” Martin added. “The first day of the tournament I caught a couple of real big fish right off the bat and I told my partner, `I can win the tournament in this spot.’ Lo and behold, that’s exactly what happened.”

Martin said he fished main lake areas around Bird Island, Pollard Creek and Mountain Harbor to claim his title. Martin keyed in on an area that was holding 4- and 5-inch shad in 23 to 27 feet of water. The area featured brush piles, but Martin said the key was the wind that was keeping the shad near the brush piles for the feeding bass. He said any brush piles that he found that didn’t have baitfish in the area didn’t produce the healthier bass he used to fill his limits.

“If you looked at this particular spot on a map you would never think it would be a fantastic place,” Martin said. “As a matter of fact, I found it by accident. I was graphing and looking for bait, and as I went through this area and not really thinking I was going to find anything, my graph lit up real well and I saw all the bait. I turned around and started fishing through it.”

Martin said he used three main rigs during the tournament, all of which were anchored by Kistler rods. On his swimbait rig, Martin used a 7-foot, 10-inch Z-Bone model rod and an Abu Garcia Revo Premier reel with 10-pound-test Seaguar line. The bait was a Gary Yamamoto swimbait on the back of a Sworming Hornet Fish Head Spin or a hollow belly swimbait on a 7/16-ounce head slow-rolled in deep water.

“Any time you fish a swimbait, the size of the line makes a big difference,” Martin said. “If the diameter’s too thick, the bait’s not going to get down to the proper depth and stay there.”

Martin said he caught a few fish during the first three days of competition on a drop-shot rig consisting of a 7-foot Z-Bone model rod and a Shimano Stradic reel with 10-pound-test Spiderwire line and an 8-pound-test Seaguar leader. The hook was a 1/0 with a 5/16-ounce tungsten weight, and Martin tipped the rig with a Morning Dawn-colored RoboWorm or a watermelon candy-colored finesse worm. Martin said he dyed the tail tips chartreuse.

Rounding out the top 10 pros for the Forrest Wood Cup are:

Coverage of the 2011 Forrest Wood Cup will be in high-definition (HD) on VERSUS. “FLW Outdoors” will air Sept. 25 from 1 to 2 p.m. ET. “FLW Outdoors,” hosted by Jason Harper, is broadcast to more than 500 million households worldwide.