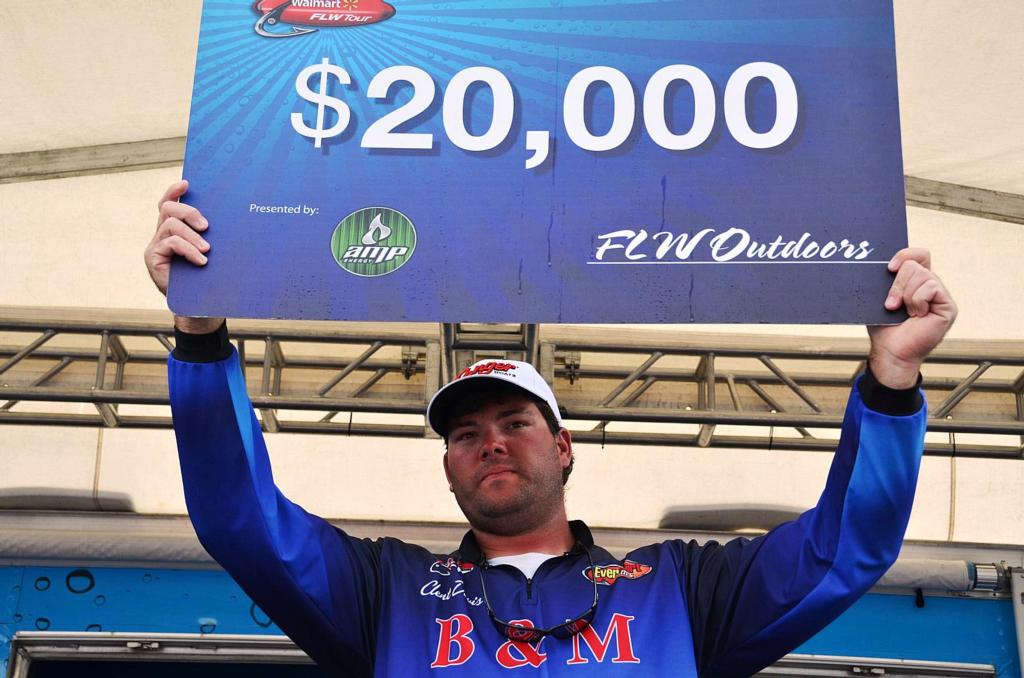 FLORENCE, Ala. – Clent Davis of Montevallo, Ala., had been searching for an FLW Tour title for a long time and today he finally got his wish. Using a three-day catch of 52 pounds, 4 ounces, Davis blew away the rest of the field, out-fishing his nearest rival by nearly 7 pounds to take home the tournament title on Pickwick Lake.

“It feels awesome, that’s all I can say,” he said. “I was beginning to wonder if I was ever going to win one of these. I’ve been pretty close a couple of times this year but it never happened. So it feels pretty good right now to finally win.”

However, Davis said it wasn’t an easy road to victory. 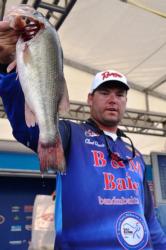 Davis said that he targeted bass on ledges fishing in approximately 28 to 30 feet of water with a B&M football head equipped with a Zoom trick worm.

“This was just an awesome tournament,” he said. `It’s nice to finally win a title.”

For his efforts, Davis walked away with over $20,000 in prize money. 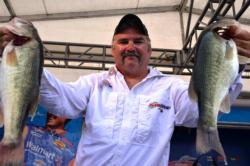 Day-one co-angler leader Dan Thill of Lacrosse, Wisc., couldn’t quite mount the charge he was hoping for in today’s finals. However, although Thill didn’t walk away with the title, he said his second place finish was something he’ll definitely remember for years to come.

“As a competitor, you’re never fully satisfied with second place,” said Thill, who ultimately finished the Pickwick Lake event with a total catch of 45 pounds, 5 ounces. “But at the same time I have no regrets. I didn’t lose any fish today that would have changed the outcome. So, overall, I’m pretty happy with my performance.”

“My pros this week were just awesome,” he said. “Today I just couldn’t get that fifth fish and my partner, `Boo’ Woods told me to put on this (Zoom) worm and that’s what put me over the edge today. Without his help I’m not sure I would have finished in second place.”

Ellis rockets up the leaderboard 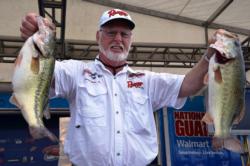 Heading into today’s action, Joseph Ellis Sr., of Cincinnati, Ohio, was languishing in 19th place. But all that changed today. After recording a whopping 18-pound, 8-ounce catch, Ellis shot all the way up to third place when all was said and done.

Ellis said that he couldn’t have been happier with his pro draws as well as the eventual outcome. 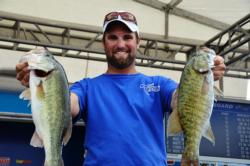 Chris Hults of Vancleave, Miss., finished the Pickwick Lake event in fourth place overall with a total catch of 40 pounds, 7 ounces. Hults won over $3,200 for his efforts.

Fifth place ultimately belonged to Spencer Shuffield of Bismarck, Ark., who parlayed a three-day catch of 39 pounds, 7 ounces into $2,400 in winnings as well as the co-angler of the year title.

Rounding out the top-10 co-angler finishers in today’s competition:

Shuffield ekes out co-angler of the year title

Heading into this week’s event, Spencer Shuffield, son of legendary pro Ron Shuffield, was just hoping to turn in a solid performance and perhaps contend for a tournament title. However, as it turned out, Shuffield not only accomplished his goal (finishing the Pickwick Lake event in fifth place) but walked away with a co-angler of the year title as well. 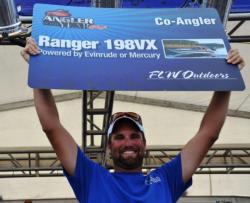 “Coming into this tournament I didn’t think I had a chance at the co-angler of the year title,” he said. “I was 93 points behind the leader so I was just trying to have a good tournament. But just when you think a door’s closing, another one opens up. This is just amazing. This is going to help me carry a lot of confidence into the Forrest Wood Cup.”

Shuffield, who had recorded a rather amazing three second-place co-angler of the year finishes before this season, said it was nothing short of a miracle that he was finally able to push himself over the top.

“At 1 p.m. I didn’t have one fish in the boat and I thought that this thing was over,” he said. “But then I pulled up on another spot and found 15 keepers. I guess it was just meant to be. I really came into this tournament with no expectations of winning angler of the year.”

In the end, Shuffield’s fifth-place finish in the Pickwick Lake standings was just enough to jump over Keeton Blaylock of Benton, Ark. In fact, Shuffield wound up winning the title by exactly one point in the standings.

However, the accomplishment was even more special considering that his dad was able to join him onstage for the ceremonies.

“I had him fishing when he was only 2 years old. He was flipping by the age of 4 and now we work together on the water all the time,” said Ron Shuffield, who continually fought back tears throughout the ceremony. “I know this is going to mean a tremendous amount to him. But it’s even more important to me because he’s my son and we’ve fished our whole lives together. It’s just great to see.”