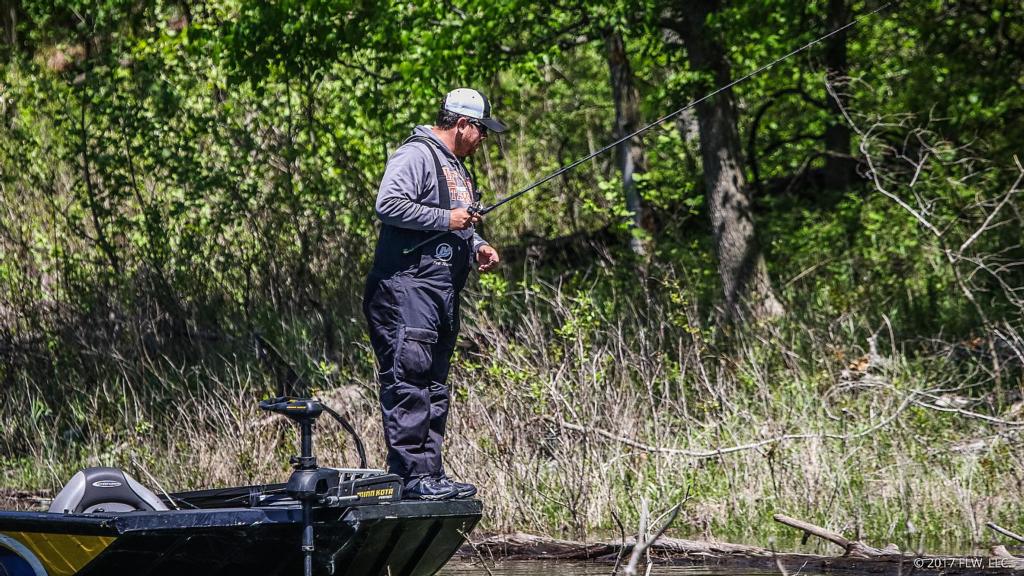 Every year the FLW Tour visits “good ol’ Beaver Lake” and every year it’s a different box of rocks. This year is a stark reminder of just how different Beaver Lake can be from year to year.

With 8 feet of new water in the lake since just before practice started, the lake is now only 3.5 feet from flood pool. It’s been 8 or 9 years since the FLW Tour has seen that kind of water height during competition.

With such a drastic change, the number of ways fish are being caught inside the top five is all over the map. From Cody Meyer’s smallmouth haul down in the clear water to largemouths in the mud, from sight-fishing to finesse fishing, if you’re hoping to find a common denominator in the patterns at Beaver Lake, you’re out of luck.

Certainly the box of rocks has been shaken up quite a bit, but here’s a closer look at what the top five anglers had to say about their day.

Storylines: Pros jammed up by debris 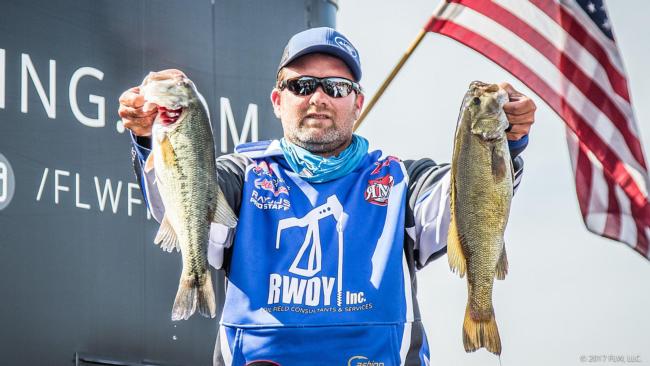 Chris Brasher checked in four largemouths and one smallmouth for a 15-pound, 11-ounce total to start the event in second place.

While the amount of water being pulled through Beaver Lake is giving some anglers fits right now, Brasher likes the water movement.

“I’ve found a couple of spots that are current-related deals,” Brasher says. “I think the water movement is actually helping me. I used to fish Lake Travis in Texas a lot when I was in college and this lake sets up a little bit like Travis. I have no idea if these places will continue to produce, but I just hope they keep pulling water.” 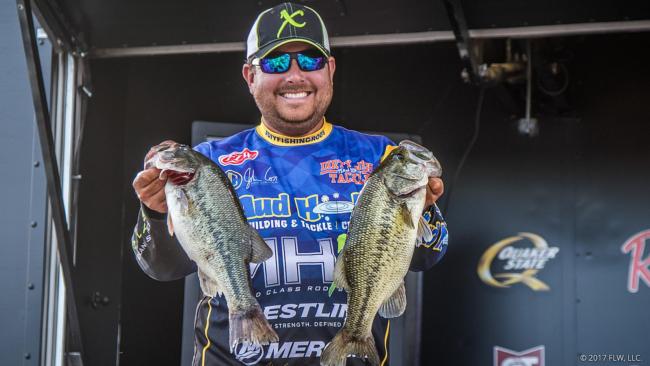 John Cox brought just four largemouths to the scale Thursday, but they pushed it down to 14 pounds, 4 ounces.

If anyone ever doubts the eagle eyes of John Cox in sight-fishing season, his work at Beaver Lake Thursday should put those doubts to rest. While many complained of losing contact with their bedding fish due to rising water, Cox somehow managed to spy four big ones and put them in the boat.

Thursday’s bright, sunny, slick conditions played to Cox’s favored technique, but he says the time it took him to catch the fish tried his patience to new levels.

“I worked one for an hour and 15 minutes,” Cox says. “I worked another for about 45 minutes. And then the other two were maybe 30 minutes apiece. I wanted to look some more, but it took me like three or four hours just to catch those, so I ran out of time to find any new ones.” 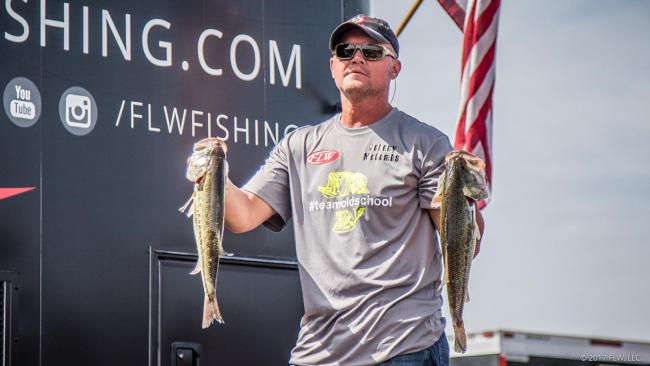 McCombs decided to take his chances in the muddy waters up the river and made it pay off with a flurry of largemouths Thursday morning.

“I got in one little area and caught them pretty quick,” McCombs says. “That river is full of mud, but I’ve got one place where it’s just a little bit clearer and that seemed to have helped.” 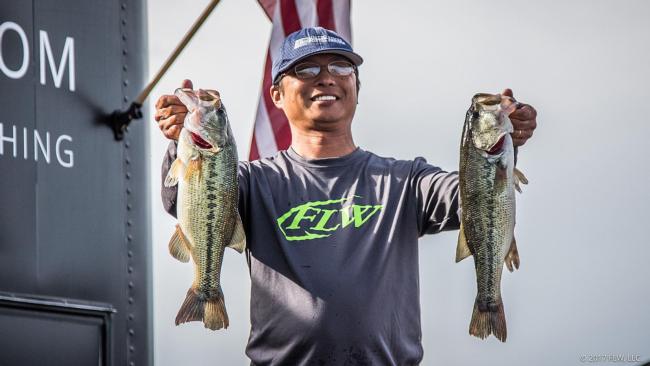 Kweekul says he had to start his fishing day from scratch Thursday morning when he arrived at his best spot from practice and everything he had been fishing was underwater.

“At first, I wasn’t even sure if I was in the right place,” he says. “Nothing looked familiar. The water was more stained and everything that I had located fish on was underwater. It was like being on a totally different lake. So instead of trying to find all the stuff that was submerged, I just went practicing again. I started fishing new stuff in the same areas where I practiced. The fish were just more spread out with all the newly flooded cover and junk floating in the water.”