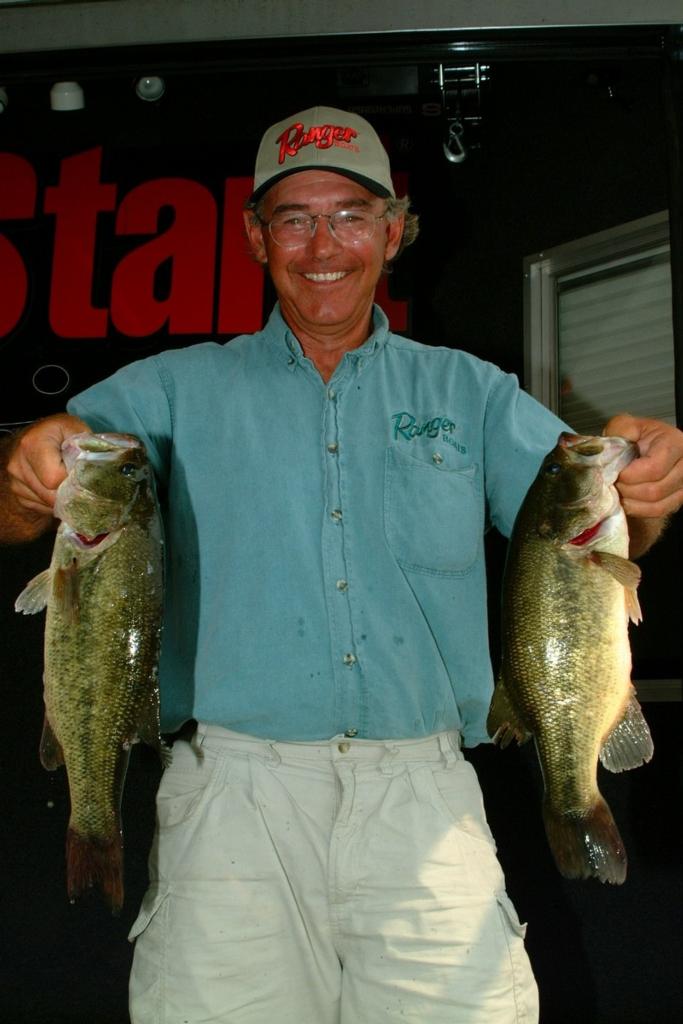 RED WING, Minn. – Tom Monsoor knows that in the fickle world of professional bass fishing, it’s better to be lucky than good. And fortunately for Monsoor, he was both lucky and good this week. After turning in a dismal performance on day one – a measly 3-pound, 10-ounce catch – Monsoor knew that he would need one of the best performances of his career to make the top-20 cut. With everything on the line, Moonsoor stepped up his game on day two, recording the biggest stringer of the tournament with a 13-pound, 5-ounce catch. Grabbing the 11th-place qualifying position heading into the semifinals, Moonsoor was determined to rise to the challenge for the remainder of the tournament.

So far, he has not disappointed.

With the Treasure Island Casino serving as backdrop for the four-day EverStart Northern Division event, Monsoor came up with the bass-fishing equivalent of two aces in today’s semifinals with an 11-pound, 11-ounce catch, enough to grab sole possession of first place heading into tomorrow’s finals.

Not surprisingly, Monsoor was pleased with his dramatic turnaround.

“I only had two days of practice, and I only caught two fish on my first day. And to be in first place heading into the finals, it’s unbelievable,” said Monsoor, a resident of Lacrosse, Wis. “I’m ecstatic right now. I couldn’t be any happier.”

Monsoor said he caught the majority of his catch swimming a jig in about 1 to 3 feet of water.

“I’m going to start out doing the same thing tomorrow,” said Monsoor, who is eyeing the top pro prize of $15,000 and a brand new Ranger boat. “I’m going to try and cover as much water as possible, and hopefully, I can land some big bites. We’ll just have to wait and see what happens though.”

Easily the most consistent angler in the tournament, John Johnson of Winnebago, Ill., finished the day right where he left off – in second place. In fact, Johnson has finished no worse than fourth place on any given day of the tournament so far. And if that wasn’t consistent enough, Johnson continued to land his entire catch from exactly one fishing hole.

“Overall, I’m pretty excited,” said Johnson, who recorded a catch of 11 pounds, 5 ounces in today’s semifinals. “I really think I have a good chance to win this tournament. I’ve gone to the same spot all week, and it’s held up for three straight days. The spot is only about the size of a small trailer. But I still think it’s got some fish left in it.”

And if it doesn’t?

“I don’t know,” he said. “I have some backup plans, but I checked a few of those spots out today and we really didn’t catch anything there. So, I guess I don’t really know if I have a backup plan or not.”

Johnson said he has fished the same baits as well for the entire week – small crankbaits and a Carolina-rigged Zoom Brush Hog.

“Tomorrow, I’m going back out there and doing the same thing,” he said. “My goal is to not put any fish in the boat that’s under 21/2 pounds. Hopefully, everything will work out.”

Richie Eaves of Nauvoo, Ill., finished the day in third place after landing a catch weighing 10 pounds, 10 ounces. Mike Feldermann of Galena, Ill., qualified in fourth place with a catch of 10 pounds, 2 ounces.

In fifth place was Aaron Larocque of Wabasha, Minn., with a catch of 10 pounds.

Robert Oines has clearly taken a page out of the Tom Monsoor handbook. Like the current pro leader, Oines turned in a dismal performance on the first day of competition – recording exactly zero fish. However, from that day forward, Oines has been nothing but fantastic, on the water as well as at the gambling tables.

“After I blanked on that first day, I went back to the casino and wound up winning enough money to pay for my hotel room,” he said. “From that point on, things started to look up. On the second day, I caught a 10-pound, 10-ounce limit to qualify for the semifinals. And I’ve been on a roll ever since.”

His streak of good fortune didn’t end there. During today’s action, Oines used an 11-pound, 1-ounce catch to grab the top qualifying spot heading into the finals.

“I haven’t been able to fish a whole lot the last couple of years. And I actually entered this tournament on a whim,” said Oines, a resident of Beaver Dam, Wisc. “But so far, things have been going well for me. I really haven’t missed any fish and I’m in first place. Hopefully, I can do this again tomorrow.”

Fishing in the first EverStart tournament of his career, Ron Gerstenmaier of Uniontown, Ohio, used a 9-pound, 4-ounce catch to capture the second qualifying position heading into tomorrow’s final round of competition.

“I’ve been having a great time,” he said. “I’ve had great pros and I’ve been able to catch fish on just about everything – from crankbaits to tubes to worms. Tomorrow, I’m just going to go out there and do my best. And hopefully, it will be enough.”