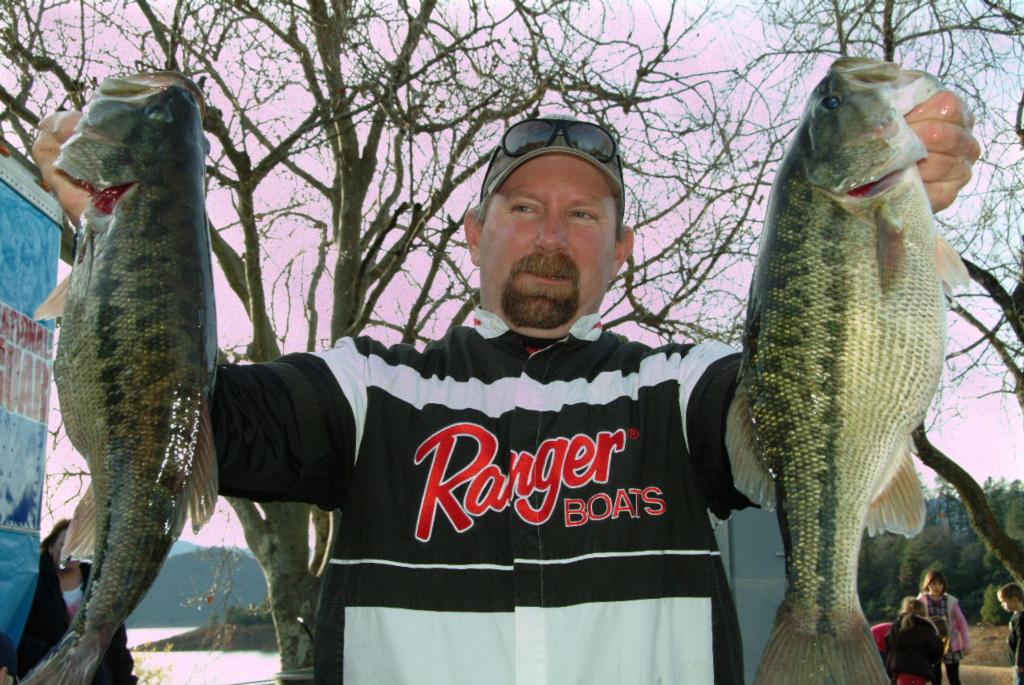 REDDING, Calif. – With the majority of the field struggling mightily in Friday’s competition to return to the marina with even the hint of a decent limit, day-one leader Jeff Michels of Lakehead, Calif., turned on the afterburners, recorded a two-day sack for the ages and put a cavernous 8-pound gap between himself and his next closest competitor.

Although the pro field had produced 15 limits weighing 9 pounds or greater on the first day of competition, the same group could only muster three bags in that range today – underscoring just how difficult the fishing was on Lake Shasta this afternoon. As a result, Michels is now the clear frontrunner to capture the tournament title after boating a mind-boggling five-fish limit of 16 pounds, 3 ounces during today’s competition. Michel’s catch brought his two-day total to 30 pounds – a staggering amount given Lake Shasta’s fickle bass history.

“I took a gamble today and went to a big-fish spot and it really paid off,” said Michels, trying to explain how he out-fished an incredibly solid field by such a significant margin. “Lake Shasta is fishing real stingy right now. But if you can find the right areas, you can definitely catch some good fish.”

Obviously, Michels was more than pleased with today’s results.

“It feels great,” he said. “But I think I am starting to run out of fish so this big lead could really help me. Hopefully I can get 8 pounds tomorrow and close this tournament out. And if I can get one big bite early, I’ll be doing some celebrating for sure. ”

So how did he do it?

“I’ve been looking for spots that aren’t obvious to a lot of anglers – areas without a lot of fishing pressure,” he said. “And when you find these spots you have to fish really slowly. I actually committed about 2 hours to one spot alone today.

“I have an area that’s basically a sloping bank but you really have to figure out what depth the fish are at,” Michels continued. “Most people think that spotted bass will be hanging out in 35 to 50 feet of water. But there are a lot of quality fish up shallow. For me, I’m targeting bass in the 10- to 20-foot range.”

Like yesterday, Michels caught most of his quarry on a 6-inch Mother’s Finest straight-tail worm as well as one keeper on a tubebait.

As far as tomorrow is concerned, Michels doesn’t see any reason to change things up too dramatically.

“I’m going with the same gameplan tomorrow,” he said. “I’ve been able to eliminate a few spots that having been producing for me and I have a couple of backup spots I’ll probably hit tomorrow as well. Like I said, if I can just get one big bite during the finals, I should be in good shape.”

For the second day in a row, Michels also walked away with the day’s “Big Bass” award in the Pro Division after landing a 6-pound, 5-ounce fish – worth $300 in prize money. 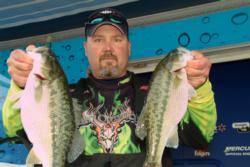 “I’ve been fishing Lake Shasta for eight years and I can tell you that the bite is really tough out there,” said Bass. “I only got six bites total today but I still have some good fish left. I have a pretty good spot that I protected today so I feel pretty good about tomorrow.”

“The fish are really scattered right now,” said Bass. “But I’ve found some quality bass feeding on a school of salmon in the 5- to 30-foot range. You have to watch where the salmon go and just follow them. But you can’t use your electronics because it will spook the fish. I’ve already won two tournaments on the same spot a few months ago and I was able to find those salmon schools again. I haven’t been able to catch a big one yet and that’s pretty much been my only problem so far. The good thing is that this area should reload tonight.” 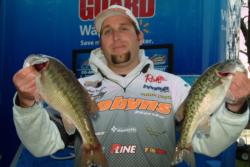 Like most of the field, day-one runner up Richard Dobyns of Yuba City, Calif., had his fair share of struggles on the water today. However, because of his stellar day-one catch, Dobyns – the son of legendary western stick Gary Dobyns – managed to keep himself among the leaders heading into Saturday’s all-important final day of competition.

“The bite got a lot worse today,” said Dobyns, who recorded a two-day catch of 20 pounds, 15 ounces. “This change in weather shut the bite down completely. At 11 a.m. I only had one fish in the boat so I decided to run up river to at least try and catch a small limit. Basically I’m targeting fish hanging out on flats, rocks and deeper cuts in the 40- to 50-foot range.”

“The shallow fish wouldn’t bite today and that’s why I had to go deeper,” he said. “I only caught 7 pounds today. But I’ll tell you what, I was very, very happy to have those 7 pounds today.” 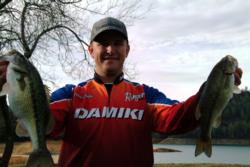 Fourth place belonged to Young Yang of Los Angeles, Calif. Yang, who started the day in third place, qualified for the finals with a two-day catch of 19 pounds, 2 ounces.

Local stick Jason Milligan of Shasta Lake, Calif., qualified for the finals in fifth place with a total catch of 18 pounds, 4 ounces.

Rounding out the top-10 pros who qualified for Saturday’s finals:

Smith holds on to first place in Co-angler Division 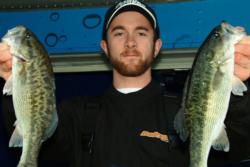 In many respects, co-angler Bryant Smith of Castro Valley, Calif., is following a very similar tournament trajectory to pro Jeff Michels. After turning in a stellar performance on the first day of competition, Smith followed up his efforts with one of the largest sacks in the Co-angler Division on the second day of tournament action. As a result, Smith – fishing in only his third major tournament of his career – bolstered his lead over the rest of the field by recording a two-day catch of 18 pounds, 3 ounces.

Smith, who leads his next closest competitor by more than 3 1/2 pounds, also managed to out-fish 145 pros in the process. 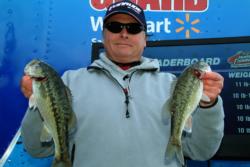 Fifth place belonged to Matthew G. Nadeau of Grass Valley, Calif., who turned in a total catch of 13 pounds, 9 ounces. 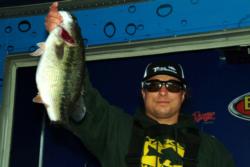 Jason Chang of Riverside, Calif., won the day’s “Big Bass” award in the Co-angler Division after landing a 3-pound, 15-ounce fish. Chang finished the tournament in 11th place overall with a catch of 12 pounds, 11 ounces.